If you’re familiar with my family’s story, you probably know that there’s a sad footnote to our happy ending.

For anyone who may not know, Drew’s sister, Susie, a/k/a the most amazing woman on the planet, donated eggs for us to have our kids.  Every time I write that on this blog or anywhere — in fact any time I say, type, pantomime or cuneiform that sentiment in any medium in perpetuity throughout the universe — I must immediately clarify that I was the sperm donor, just so people don’t get confused or creeped out.  It was a beautiful gesture, just trust me.

Anyway, the downside is that through the process of her donation, we learned Susie was actually not as strong a donor candidate as we’d thought.  Although she was in her 20s and in perfect health, her body produced very few eggs.  Given the high doses of fertility drugs she’d been taking, the doctor was extremely concerned.

He delivered the news in probably the worst possible way, just moments after the egg extraction, with a joke.  “It’s a good thing you have kids of your own already,” he said, as Susie was still hazy from the anesthesia, “because your ovaries are a mess.”

But Susie didn’t have kids of her own.  She wasn’t married.  She wasn’t even dating anyone.  Those things were all part of a far-off hypothetical future for her, when she was ready for them.  She’d always thought she had plenty of time.

The doctor apologized for having his facts wrong, but what he said next was just as blunt.  “You’d better have kids soon, because it’s probably already too late.”

He was pretty sure we were wasting our time transferring Susie’s embryos to our surrogate, but we went ahead anyway.  And incredibly, two of them attached. 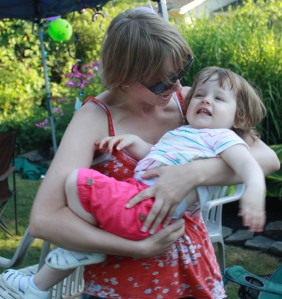 For me and Drew, the story had a happy ending.  Our kids love their Aunt Susie, and we’ll always remind them of the special gift she gave us to help bring them into the world.

But as we shared our joy with Susie, we always feared it was a joy she would never experience first-hand.  What if she was not only cursed with infertility, but also with the knowledge that her brother and his partner were raising kids with her DNA, kids that would always be her niece and nephew, not her own? 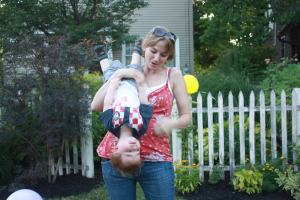 Well, that memoir I’m writing just got one hell of an epilogue.

Who knows why she didn’t produce as many eggs as she should’ve.  She produced enough, and that’s what matters.  Enough to make three babies — so far — and enough to make two families.

I can’t tell you how happy it makes me to look at that picture of Susie’s bulging belly or to think of Sutton and Bennett playing with their new cousin in a few months.  I wish Susie and her new family as much joy as she’s given us.  Nobody deserves it more.

7 comments on “Beyond the Happy Ending”