[Tomorrow, the movers will arrive to pack up all the stuff I’ve accumulated in 18 years in Los Angeles.  They’ll put my whole life into a few dozen cardboard boxes, load it into a truck and transplant it 3,000 miles away, in New York.  It seemed like a good time to look back at the first time I left Los Angeles, in 1993, after what was supposed to be a lifelong move, but which ended up lasting about 3 months.  Part 1 is here.] 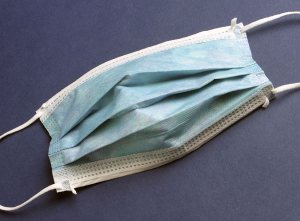 A few days after we arrived in LA, Jay and I applied for jobs at a temp agency.  The woman who interviewed me told me she couldn’t remember the last time someone got 100% on the spelling test.  I told her I’d come to town to write movies, and she nodded knowingly.

“You know who you remind me of?  John Waters.”

“I bet those are the kind of movies you’ll write,” she said.

Soon I was doing data entry at a factory in Culver City.  I have no recollection of what kind of data I was entering, but I do remember that the factory made surgical masks.  Jay and I found a two-bedroom apartment in Los Feliz that was a real bargain, I assume because we split the rent with about 10,000 ants.  Jay’s data entry job was in Torrance, so every day he would schlep me 40 minutes across town to my job, then drive another 40 minutes to his job.  I don’t know if I’ve ever thanked him sufficiently.

I hated that I’d moved across country for a dead-end job in a dim, cruddy factory.  I’d done some interning at Scott Rudin Productions in New York, so I got in touch with the LA office, humbly pleading for that big break I felt I was owed after all that free labor I gave them.  They made me a great offer.  I could intern for them here, too.

There was no pay, but it was on the Paramount lot, the greatest place I’d seen since CityWalk.  I could peek into sound stages and borrow scripts to read, like Sister Act 2.  “This is a disaster!” someone scrawled on the cover page.  (Allegedly Scott.)  I got to ride a golf cart.  I walked around in awe, wondering if people looked at me the way the temp agency lady did.  Maybe when they saw me walking into Rudin’s building, they thought I was the next John Waters, only alive.

While I was working there, one of the scores of now-defunct monthlies about the film industry (I think it was Movieline) published an article about the worst bosses in Hollywood.  Surprising no one, Scott Rudin topped the list.  Stories about him were legendary, like how he made an assistant pick him up at the airport, then fired the poor kid right at baggage claim, forcing him to find his own way home.  I read the article dozens of times, cherishing every word as if they were reporting on my life.  Maybe someday, I fantasized, “an unnamed source” would be me.

Of course, Scott Rudin didn’t know I existed.  But it wasn’t his fault.  Whenever he stepped out of his office, I was ordered to hide.  The development exec I was working for hadn’t attained Scott’s permission to hire me and was terrified that Scott might fire her if he found out about me.  Everyone was afraid of being fired, all the time, except me, because I didn’t officially work there.  I was an “intern” in name only.  In reality, I was just a guy who they called drive-ons for so I could make Starbucks runs and copy scripts for them.

I tried my best to impress everyone, hoping they’d someday make me someone’s assistant — for pay!  I talked a lot to the guy who did the hiring.  He liked me, so he gave me a tip.

“The question I ask everyone I meet with is ‘What did you think of Scent of a Woman?'”

I was thrilled he picked a movie I had such strong opinions about.  So contrived, so overlong, so derivative of Dead Poet’s Society.  I’m pretty sure I did my impression of Al Pacino saying, “Hoo-aah!” then giggled like an idiot.

He sat stonily.  “I think it’s pretty much a perfect film.”

Soon, I was temping again.

I finally bought a car of my own.  A used Nissan Sentra with the side door bashed in.  I fell for the trick where they tell you to pick it up at night so you won’t see all the dings and imperfections.  I had no idea how to negotiate with a car salesman.  He wouldn’t tell me what the sale price was, only that the payments would be $112.97 a month.  I had no idea how I’d ever afford that, but I signed the paperwork.  It wasn’t until I sold that car years later that I bothered to glance at the contract.  The interest rate for the loan was almost 30% a year.

The day after I brought my car home, I heard a voicemail that was meant for Jay.  (We shared a phone, so it wasn’t officially snooping.)  Jay had a job interview back in New York.  When I asked him about it, he admitted what I’d long feared: he hated LA, couldn’t wait to get out, and he was scared to tell me because he knew he was my only lifeline in the city.

Well, him and the piece of crap car I was now tethered to for the next five years of payments.

Within a few weeks, Jay was packing up to go.  I almost didn’t feel like I had a choice.  I couldn’t stay here on my own.  I hadn’t made any friends or any inroads on a career.  I thought back to that first night, wandering around CityWalk.  I knew I wouldn’t see anyone I knew, but at least I had someone to joke about that with. If Jay was gone, I’d just be utterly alone, in a place where I still didn’t understand how to get to places that were only a mile or two away.

I packed up my stuff – pretty much the same load of junk I’d hauled out with me, plus a few CDs and a map of Los Angeles streets I’d picked up in the three months since then.  I caravanned behind Jay in my new (used) car, 3,000 miles to the place we’d just left.

I had a lot of time to think on that road trip – about what I loved about Los Angeles, what I missed about New York and how scared I was to be at a time in my life where literally anything could happen.

Most of all, I started thinking of how I could come back.