Yesterday.  Outside an ice cream shop.  There is a bucket of chalk near the door…

“Honey, look at all the cool things people drew on the sidewalk!” 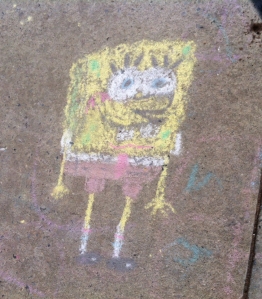 “Wow, that’s a great SpongeBob.  It looks just like him!”

“Daddy, can we draw on the sidewalk?”

“OK, here, take the chalk.  Show me what SpongeBob looks like.”

“Me?  Why don’t we just write your name instead?”

“But, Honey, look, someone already drew him, and my SpongeBob isn’t going to be–” 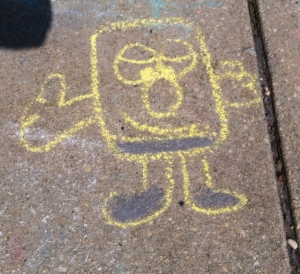 “Daddy, that’s the best SpongeBob EVER!  Look, everyone!  My Daddy drew SpongeBob!”