I don’t know why I like Election Day so much.  It always lets me down.

In 2008, the passage of Prop 8 pretty much ruined whatever excitement I had about Obama winning the presidency.

Still, something about the interactive maps, the endless statistics being churned out and the pageantry of democracy always brings out my inner patriot.

I try not to take the results personally.  After all, who wants to be one of those jerks who’s proud to be an American only when things go their way?  That’s not the point of democracy.  We all vote, not just you, so if you don’t like the outcome, well, you had your shot.  That’s what I tell myself, at least: Don’t take it personally.  It’s not about you.

Still, for all of my voting adulthood, I’ve had a love-hate relationship with this country.  I love it; it hates me.  At least, that’s what I always seem to come away with after Election Day. 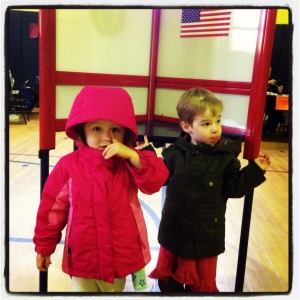 The first time I was old enough to vote for president was 1992.  Bill Clinton won, and he supported letting gays and lesbians serve openly in the military.  I should’ve been ecstatic.  But the same night I was celebrating his victory, Colorado’s viciously homophobic Amendment 2 passed and let me know where I stood in society.  We all know how the gays in the military thing turned out, too.

Still, my guard was up.  Something would spoil this.  It always did.  With four states voting on gay marriage issues on Tuesday, there would be plenty of opportunities for a punch in the gut.

Then, minute by minute, the news kept getting better.

Four ballot measures, four victories.  In one day, four states agreed that gay people are as good as anyone else and deserve the same rights.

This was only 4 years after Proposition 8.  9 years after the Supreme Court struck down sodomy laws.  13 years after Maryland got rid of its sodomy law.  It was 20 years exactly after Colorado’s Amendment 2, and I couldn’t help thinking back to that election.

In 1992, I was in college — and in the closet.  The end of college was looming, but the end of my fear and self-loathing was nowhere in sight.  Today, I’m totally open about who I am.  I even write a blog about it.  I have children with my partner, and I have the right to marry him in more places than ever.

This Election Day, there was no down side.  Voters embraced gay rights and gay candidates like never before.  As the statistics poured in, I could geek out and enjoy the night without feeling like I was crashing someone else’s party.

So I’ve decided to take the election results personally again.  And I want to say thanks.  Thanks to the people who voted for equality yesterday and to the people who believe in it in their hearts.  Thanks from me and thanks from that scared kid from 1992, who never thought he’d see this day.

Thanks, America.  I’ve always loved you.  It’s nice to know the feeling is mutual.

35 comments on “A Happy Election Day, At Last”