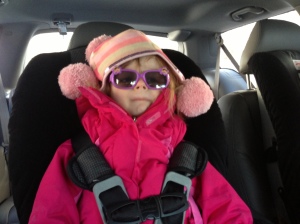 “If a baby came to my house, I would hit it so that it would leave my house.”

That’s a direct quote from my 3-year-old daughter, Sutton, whom I’ve previously declared to be the sweetest little girl in the world. I don’t say that as much anymore, and when I do say it, she’s quick to correct me. 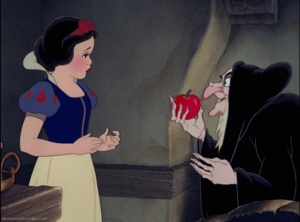 She’ll say it with the wicked delight of a Disney villainess. Speaking of those, she’s endlessly fascinated by them. “Just take onnnnnnne biiiiiiiiite,” she cackles constantly, in a creepily uncanny impersonation of the evil queen tempting Snow White with her poison apple. She went as Ariel from the Little Mermaid last Halloween, but only after we struggled in vain to find her an Ursula costume. One of her favorite YouTube clips of late is an edit someone did of Sleeping Beauty with only Maleficent’s dialogue included. Why waste time with anything else, right?

How did this happen to my delightful little angel? Well, the baby thing can be explained with some backstory. She said it right after a baby took a toy away from her, and everyone defended the baby. “She doesn’t know any better!” grown-ups (like me) assured her. Sutton just glared at this tiny, adorable little creature everybody loved who did something selfish and got away with it. That’s the origin story of an evil queen if I’ve ever heard one.

It wasn’t her resentment of the baby that bothered me. It was the ferocity with which she clung to it. “I don’t like babies!” she swore. “Babies should all go away!” Replace “baby” with any racial epithet and it might’ve been a Strom Thurmond speech from the 1950s. One baby wronged her, one time, and she became a raging baby racist.

By all appearances, Sutton is more of a Cinderella than a Wicked Stepsister. She’s a beautiful little girl with a sense of style far beyond anything she inherited from her dads. She knows how to pick out just the right shoes to complement each of her favorite dresses. She’s self-assured and funny, even if her favorite joke at this age is just to reply “Poopy!” to everything. She’s also ridiculously smart. A few weeks ago, we read in a book that a character’s feelings were “fragile”. She asked what that meant, and I said, “Fragile means something breaks easily.” The next day, her brother was playing with a snow globe, and I warned him to be careful with it. “It’s fragile!” Sutton shouted.

Her teacher described her as the Mayor of her preschool class, because she’s a born leader who bounces from one group to another to see how everyone’s doing. She’s incredibly chatty, and when she wants to start a conversation, she’ll just sit across from me, cock her head thoughtfully to one side and ask, “So… what’s your interesting?” (It’s become her catch phrase.) She has every quality you could ask for in a daughter. She’s smart, charming, self-confident and totally fearless.

I’ve seen “Mean Girls”. This is a recipe for disaster.

Already, she’s built up an unheard-of immunity to discipline. I might tell her to pick up her toys or she’ll lose dessert. Rather than pick up her toys, she’ll scream her head off and accuse me of being unfair. I’ll tell her if she doesn’t stop screaming, then I’ll take away one of her YouTube videos at bedtime (part of our nightly routine). She’ll scream louder, and I’ll say, “OK, you lost one video. You want to lose another one?” Scream. “OK, that’s two videos you’ve lost. Want to go for all three?”

It’s like John Bender racking up Saturday detentions in the Breakfast Club. I can’t win. The only punishment that has any impact is the first one, but then I’m burdened with enforcing an endless string of post-punishment punishments because she was too stubborn to back down. I admit it. I can’t compete on her level. And now she’s made me identify with Mr. Vernon. Curses!

I’ve been telling the kids a lot about Harry Potter lately, and guess who’s piqued Sutton’s interest? That’s right. He Who Shall Not Be Named, Whose Name My Daughter Won’t Stop Saying. She pleaded with me to show her a picture of him, even though I warned her he was very scary looking. Bennett covered his eyes while I did the Google Image search, but Sutton was riveted.I told her about the four houses at Hogwarts that the Sorting Hat can send you to, and guess where she begged to go?

“Slytherin! The one with the mean guys!” 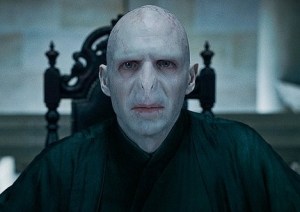 Look, I love my daughter no matter what. Just because I’m worried she might end up as Cruella de Vil, it doesn’t mean I won’t teach her how to count to 101. I’ll probably even tip her off where she can score some Dalmatians. (Psst, firehouses!) I just want for my kids what every parent wants, for them to be cooler than I was at their age. (Granted, this sets the bar pretty low.) In Sutton’s case, I have no worries whatsoever. Who’s cooler than the villain?

Sutton’s preschool teacher also called her “The nicest thief in the world” because she likes to take toys from other kids, and then when the kid complains, she’ll drip false sincerity and reply, “Oh, I’m so sorry! Here you go!”

That’s another thing she does really well — apologies. (It helps when you’ve had as much practice as she’s had.) On some level, my daughter is still the sweetest girl in the world. She loves to dance, play and laugh, she loves to give hugs and kisses, and she tells me all the time, totally unprompted, how much she loves me. I’ve never actually seen her hit a baby — or anyone, in fact. She’s a darling little girl, honestly, a total angel.

I’m keeping an eye on her, though. Consider yourself warned. 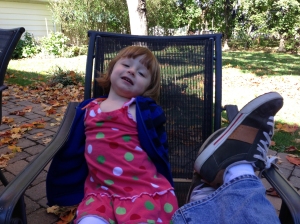 “So… what’s your interesting?”

43 comments on “My Little Mean Girl”