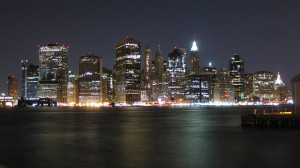 You could say I came to LA to get away from my family.  I was 22 and wanted to assert my independence.  Plus, it seemed like a much cooler place to live than New Jersey, the filthy, strip-mall saturated suburbia where I spent my requisite miserable childhood.

LA was exciting – and it was mine.  My family thought I was crazy to come here, and that was the best part.  But in spite of myself, I continued to call New Jersey “home”, as in “I’m going home for Christmas” or “I miss everyone back home.”

Still, I didn’t have to get anyone’s permission – for anything.  It wouldn’t be overstating it to say I finally became myself in LA.  I came out, fell in love and had my kids here, something Drew and I couldn’t have done without California’s liberal surrogacy laws.

Sometime over the last 17 years, I started calling LA “home”.  The East Coast was just a place I visited now.  My family was made up of a tight circle of friends I’d formed here.  I got used to pumping my own gas and grabbing a quick meal at Baja Fresh.  When I’d drive through old neighborhoods in New Jersey, I’d see Verizon stores where Roy Rogers used to be.  It was a foreign land.

Then, a few weeks ago, we were presented a chance to move back.  Drew got a very tempting job offer with a New York-based company.  They wanted him to start right away.  They’d pick up all our moving costs.  We wouldn’t even have to pack.  All we’d have to do… was leave.

We took the offer.

22-year-old me would never have believed I’d cave and go back.  But it wasn’t that hard a decision after all.  I don’t want to leave here or to lose touch with any of the people I’ve come to care so much about in California.  But the forces pulling us to New York were ultimately stronger than the forces tying us here.  It wasn’t about the job or the money.  What made me want to go back to the East Coast was exactly what made me leave in the first place.  Family.

I want my kids to know their cousins, and I want them to get spoiled by their grandparents.  I want to be there for my brother-in-law’s wedding and to stay out all night celebrating.  I want free babysitting from my sister, and I want to know that in an emergency, a lifeline is just a phone call away.

We found a house to rent in Westchester County.  A house, with a real backyard, rather than a hallway that we call a backyard.  Still, it doesn’t feel real.  I suspect it’ll take a while before New York feels like home.

My kids aren’t quite two and a half yet.  Assuming the move sticks, New York will be the only home they’re likely to remember.  It makes me sad to think that they’ll forget all their friends – all our friends, that when we come back to visit, these people who are so dear to us will just be strangers to them.

But maybe someday, when they’re grown up, they’ll want to move far away from me.  Maybe after growing up in the New York suburbs, Los Angeles will seem new and exciting.  I kind of hope it does.  It’s not that I think they’ll be any happier here than anywhere else.  Or that I romanticize my own journey out here when I was younger.

It’s just nice to know there are a lot of people here who’ll watch over them for me.